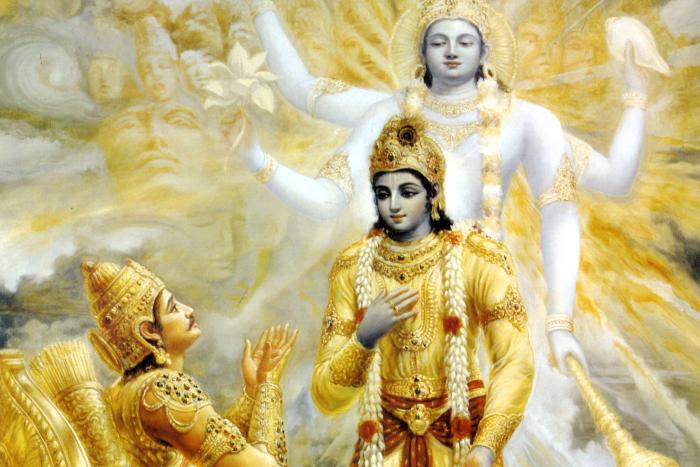 Why only glory? Why is Krishna only identifying himself with glorious creation among all the creation explicitly? Krishna is trying to point out the superior and glorious endeavors of creation to show the true nature of creation. Which is evolution. The most evolved and glorious of these are the proofs of this direction of creation.

The satya is the will of creation, the natural direction of creation to evolve. The glorious manifestations of creation are the proofs to that true evolving nature of creation. They are not mere accidents. Chimps to humans is not a mere accident.
Krishna gives many examples of this glory and at the end he says, leave all this…just see how all this entire system of creation is supported and pervaded by only a fraction of my being…the ultimate glory of this creation is the entire glorious system of creation itself.
If the satya (that which exists) wouldn’t have been the will for evolution, the will for glory, this entire system of creation would have seized to exist.
Therefore, the satya is that ‘collective will’ in us for glory, for evolution which will never let us take the backward direction. Because that direction doesn’t exist. We will never become chimps again.
Therefore, satyameva jayate. only that wins which exists. Or only those win who stick to this eternal principle of “glorious” evolution. The word glorious is very important here.

I have few things in my mind....This is an effort to try n express those things properly n boldly through words....want to explore the power of expression ! View all posts by eklachalo